Samuel hasn't added requests yet
Leave a Well Wish to encourage them to add to their planner or ask how you can help.

Sam did great! We had to be there at 7am, so it was quite an early morning at our house. Sam and mama rested on the drive to Milwaukee.
The new building at Children's is super bright and spacious. It was so nice being able to have both mom and dad along. Since Sam was only being measured, it wasn't too complex of a visit. He was so excited to have a yellow bracelet for his puppy.

This was the first time they used an ET tube rather than a LMA for his intubation. He was not a fan and complained for quite a while about his sore throat. Loved his orange slushie again, and drank it so fast! He doesn't understand the vomit bags yet, but was coughing into it and making us laugh. Once he was ready to get dressed we went downstairs to the new café for lunch. He was so excited for the applesauce and saltines.
We will be back in two weeks to fit his new brace (and see which print we get) and get an X-ray to make sure it has his spine held straight.
It was so cold outside that his apple juice was also a frozen slushie when we got back to the van. He drank that pretty quickly too. We rested on the way home, but also played a bit of "I spy". Just before Fond du Lac, he was complaining that his car set clip was hurting his belly, so we stopped for gas (and a diaper change).
Back in Oshkosh, Sam went down for nap and dad got to go to work for a few hours. 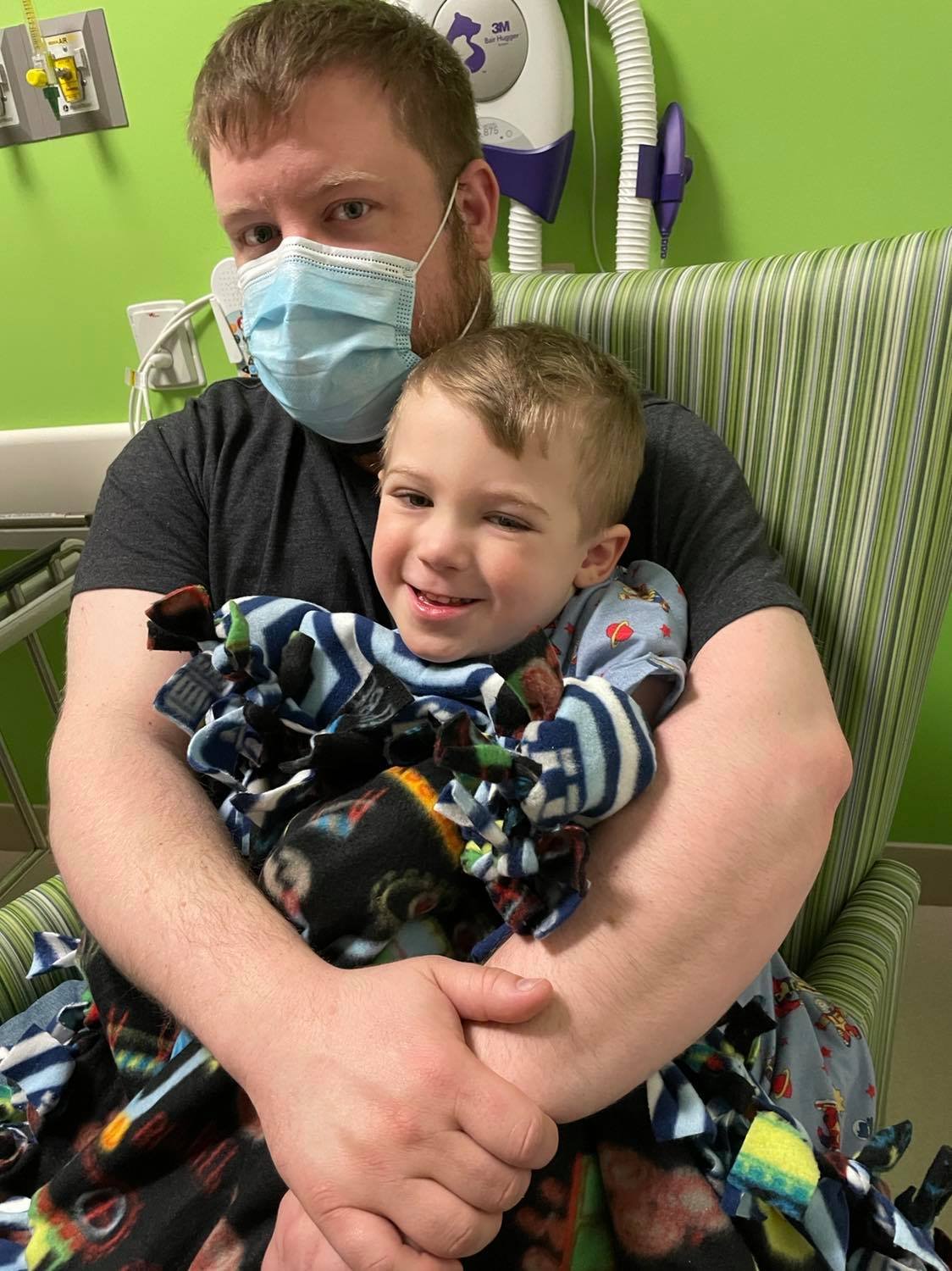 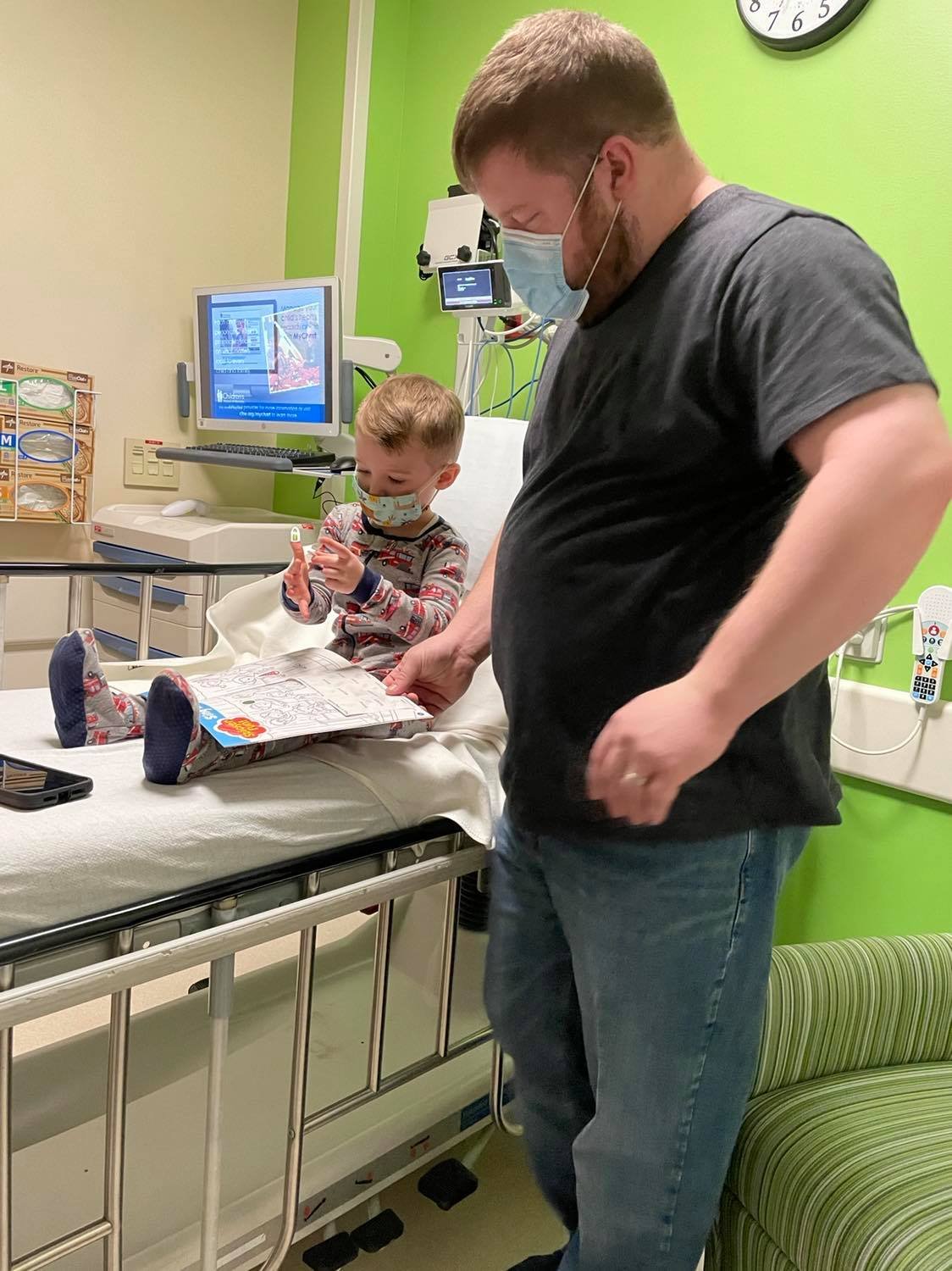 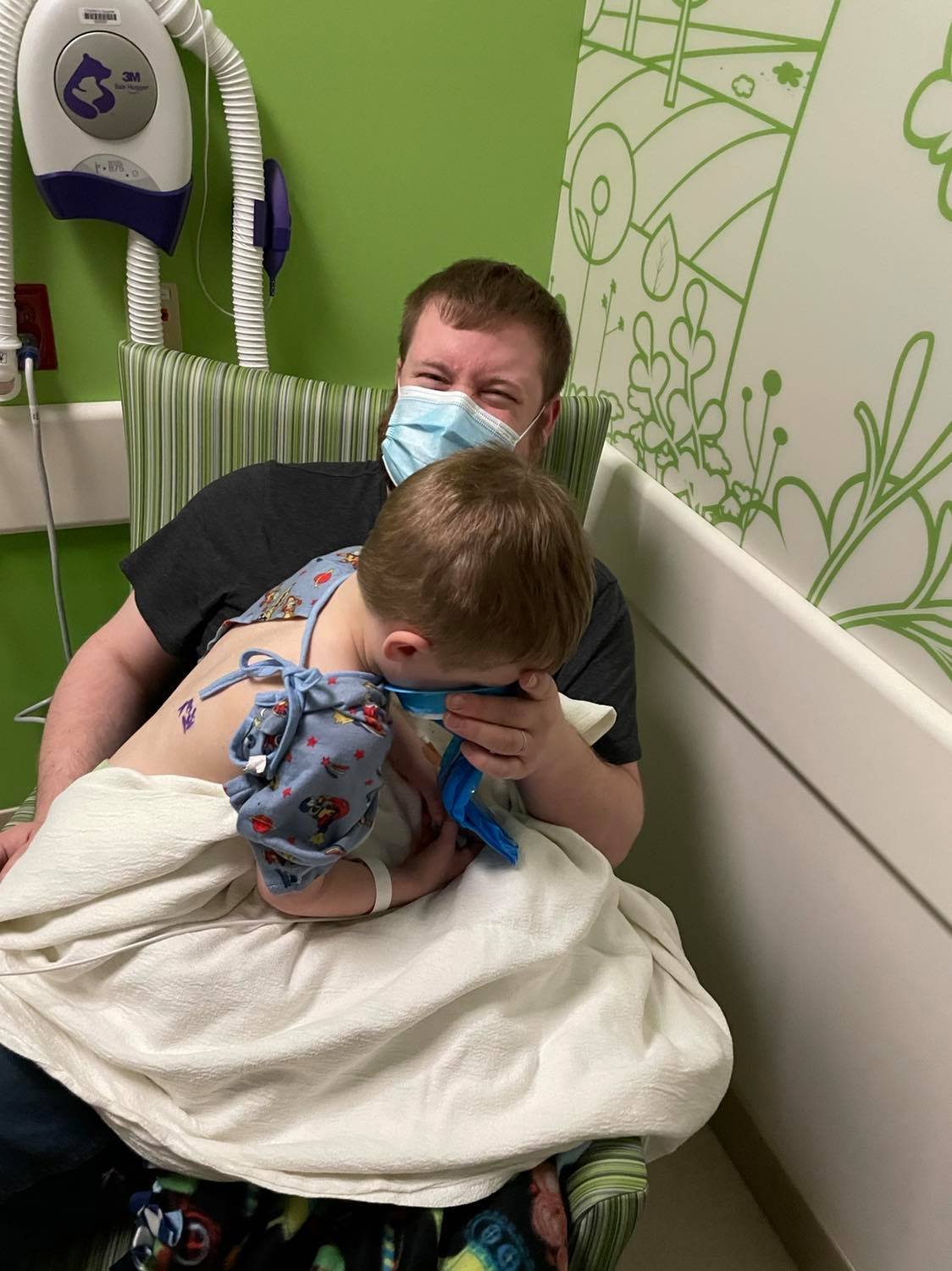 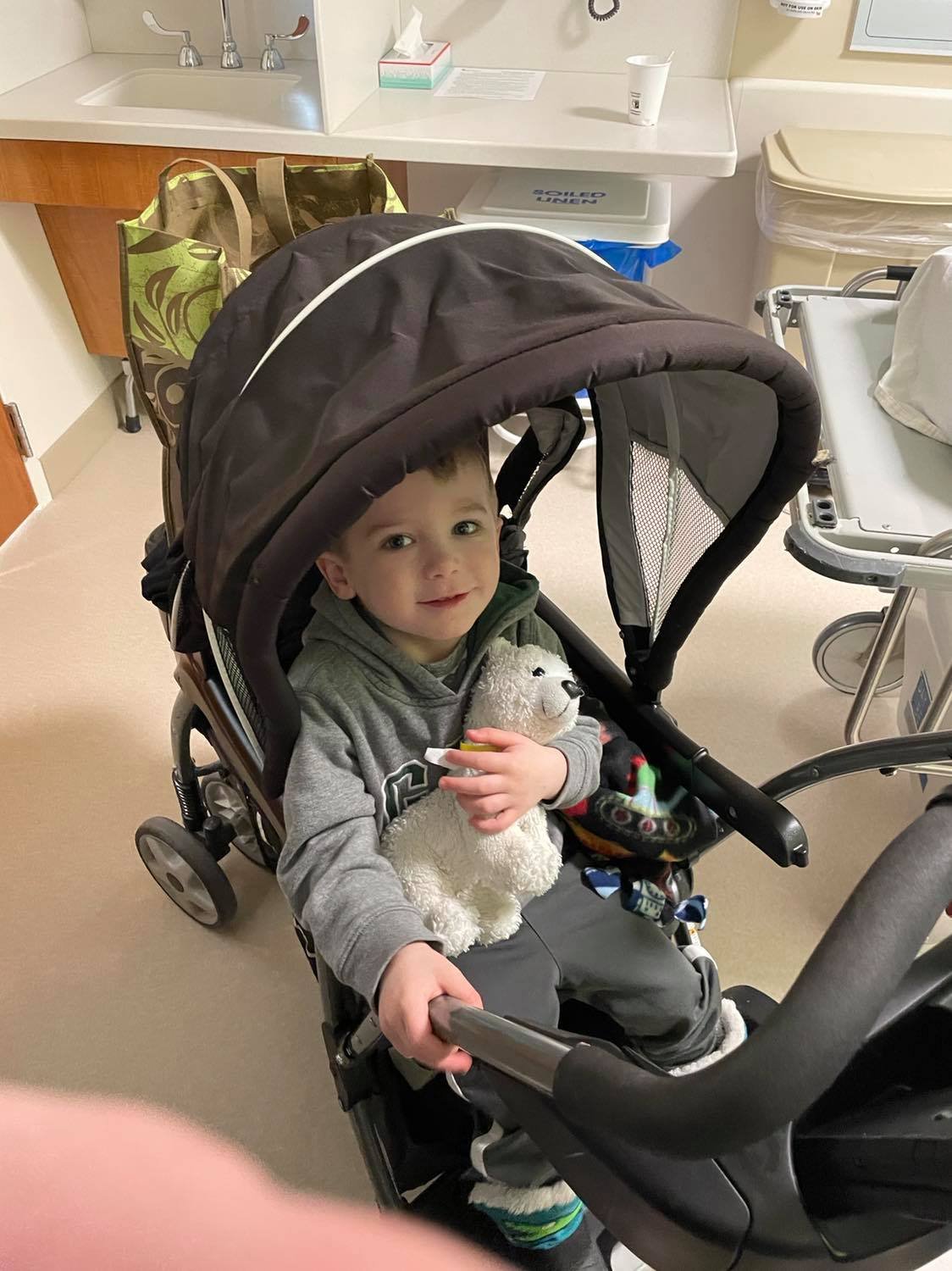 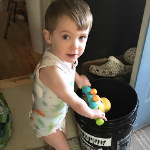 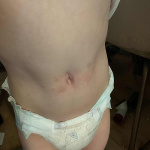