Ly & Dana hasn't added requests yet
Leave a Well Wish to encourage them to add to their planner or ask how you can help.

Yesterday marked the 50th anniversary of Martin Luther King Jr's assassination, and I came across an article highlighting a rather unknown (probably overshadowed) but powerful speech made by Robert Kennedy during that time as he was campaigning for president.  Many on his team urged him to cancel in Indiana because of the riots in response to MLK's death, but he decided to speak anyways.  There was a lot in his speech urging understanding but the part that stood out to me was a quote from his favorite Greek poet,  Aeschylus, that had helped him in tragedy (referencing JFK's recent death):
“And even in our sleep, pain which cannot forget falls drop by drop upon the heart, until in our own despair, against our will, comes wisdom through the awful grace of God.”

That phrase "awful grace," evokes some kind of emotion in me.  I am wrestling if it meant that in order to fully grasp grace, one must choose to lean into pain and suffering. I realize we can understand grace without it but maybe only to an extent; until we desperately need it, do we have the full wisdom, as much as one can have on earth, of God's grace?  And it’s “against our will” because suffering is not chosen, it chooses us in some sense. We only get to choose to go through it or not. Although, I have always felt like God was my default, that I didn’t choose Him but had to or else I would drown otherwise.  The poem was also written before Jesus’ time, so Aeschylus’ understanding of the God we know now was different though, I feel, not inaccurate either. And I have discovered God’s grace in that moment, where He chose me as I raged against Him and had not the inkling to be in His presence.

After I read that article last night, I had a rare dream with Aaron in it. In it, I was around some Hope Moms but was feeling sad and crying as I saw their new babies. Then all of a sudden, I was holding Aaron but also had a thought he wasn't supposed to be there.  In fact, I felt like everyone around me knew that a baby who died should never return to earth so it made me feel self-conscious.  There has only been one other time, for a split second in the past year, where I didn't have that reality when I dreamt about him.  My conscious won’t let me fall into a false comfort even in my sleep.  Subsequently, I lost Aaron in the dream when I went to fetch Ly to see him.  I remember looking everywhere for my car where he would be but just couldn’t get out of the right parking lot.  When I told Ly about it this morning, he responded "next time, don't come get me.  Just hold him."

That response alone describes a lot about my selfless husband of 10 years.  He said something similar to me that night we were at the hospital. I was holding Aaron’s lifeless body but couldn’t let go and told Ly so. He responded, “I want you to hold him,” even though I knew every part of him wanted to also desperately clutch our son close.

Our 10th anniversary is today, and I am very thankful to God for sustaining our marriage during this difficult season.  As I reflect back, I realize that I didn’t think about our marriage much the past year because I was completely consumed by grief.  I mean, I didn’t think anything but clinging to Ly as he did me.  We didn’t and couldn’t meet each others’ needs and that was mutually understood; in the grand scheme of everything, we finally knew nothing besides God could meet our deepest needs.  It is not something to take for granted.  I believe we reaped the benefits of all the work (aka fights) we’ve had over the years and the awareness God revealed.  There is a shift this year, however.  We’ve “used up” all our good will towards one another so I do feel like we are “doing” marriage again.  The wrestling together and apart has deepened my love for him. It’s a true saying that it sometimes takes a lifetime to know someone; part of that has to do with going through dark spots to flesh out what we are made of.  Enduring probably one of the worst tragedies a couple could experience, I have learned that my husband is made of something not of this world. He hasn’t tried to make sense of it and has led our family by expressing his doubts and wrestling with God, which speaks volumes to me considering his extensive counseling experience. He has been a man after God’s heart.  I suppose this is what gratitude for new joy looks like, the result or fruit of leaning into suffering.  This anniversary is nothing like we hoped (we had envisioned an international trip because our 3 kids would be “old enough” by then), it’s also more and different than I could have hoped for between us. 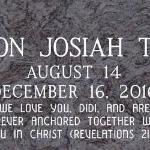 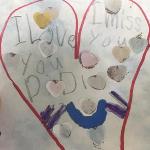 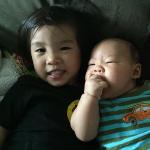 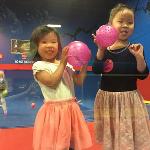 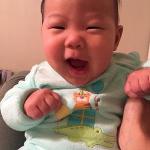 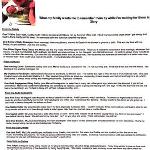