On April 22, 2020, Areya Borsellino was born 13 weeks early, in the midst of a global pandemic, and spent her first months in a Minneapolis hospital NICU close to where George Floyd died in police custody.

To get to their baby during the civil unrest following Floyd’s death, Areya’s parents, Libby Raduenz and Dante Borsellino, had to cross barricades and pass by National Guard troops on patrol outside the hospital.

Not an easy entry into the world for Areya, or to parenthood for Dante and Libby.

But from the moment their daughter arrived via emergency c-section—all 2 pounds, 6 ounces and 13 inches of her—Libby and Dante put hope first. Starting with her name.

“My grandmother called me and said, ‘I had a dream that your baby’s name was ‘Areya,'” Dante said. He mentioned it to Libby, who had been leaning more toward “Aurora.”

Libby said, “When my mom heard the name ‘Areya,’ she said, ‘You can always think of her as your little ray of sunshine.’ And that was it. I knew that had to be her name.”

Areya truly has been a ray of sunshine through preemie complications including a brain bleed and leaking spinal fluid, and a more recent fever and fussiness that sent the worried family to the emergency department, on doctors’ advice. Thankfully, it was an easily treatable urinary tract infection.

With a protective reservoir/shunt the only sign of her premature arrival—its bump on her scalp now nearly covered by curls—Areya is doing what babies do. That means eating her way onto the pediatric growth charts, sleeping, smiling, laughing and melting her parents’ hearts.

Grateful to have Areya healthy and at home, Libby and Dante would love to be able to let their guard down. But in such uncertain times, does anyone get to do that?

“We’re trying to keep positive, keep Areya safe, and do what we need to do to get through this [pandemic],” Libby said. But neither she nor Dante have been called back to their restaurant jobs, and they have been sticking close to home—a neat-as-a-pin apartment in Shakopee, MN.

“Keeping things clean is my stress-reliever,” Libby said with a smile. “I like when everything is put together and organized.”

As the pandemic grinds on, though, even the best-organized home can feel like close quarters. Under normal circumstances, the parents would be out-and-about with their baby, getting together with friends and enjoying an occasional date night.

Instead, they play cards, watch TV and play with their Husky, Astro, who has no complaints about having everyone at home. To avoid feeling isolated, Libby depends on her family.

Her Mom, Lisa, and her Aunt Jane, who started a CaringBridge site when Areya was in the NICU, have also been a good source source of new-mom advice. As has a cousin whose new baby was to arrive well after Areya, but instead is months older.

While Libby’s grandparents, aunts and cousins have had socially distant introductions to Areya, Dante’s family in New Jersey hasn’t met his daughter. And with COVID-19 not about to fade away, there are no plans for travel to or from the East Coast.

But Dante said his little ray of sunshine helps him focus on the rainbow that follows a storm, describing fatherhood as both stressful and the greatest time of his life. “It’s hard providing for Areya, and we have to keep our relationship strong for her,” he said. “But when I hold her and look into her eyes, she is my everything. When I see her, I have hope.” 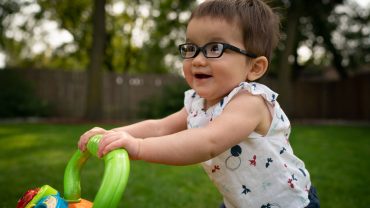 Return to ‘Normal Life’ After Child’s Cancer: It Takes Time 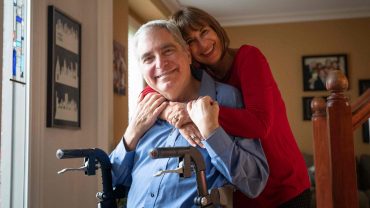 COVID-19 Survivor: ‘I am Infused With an Unbelievable Sense of Gratitude’