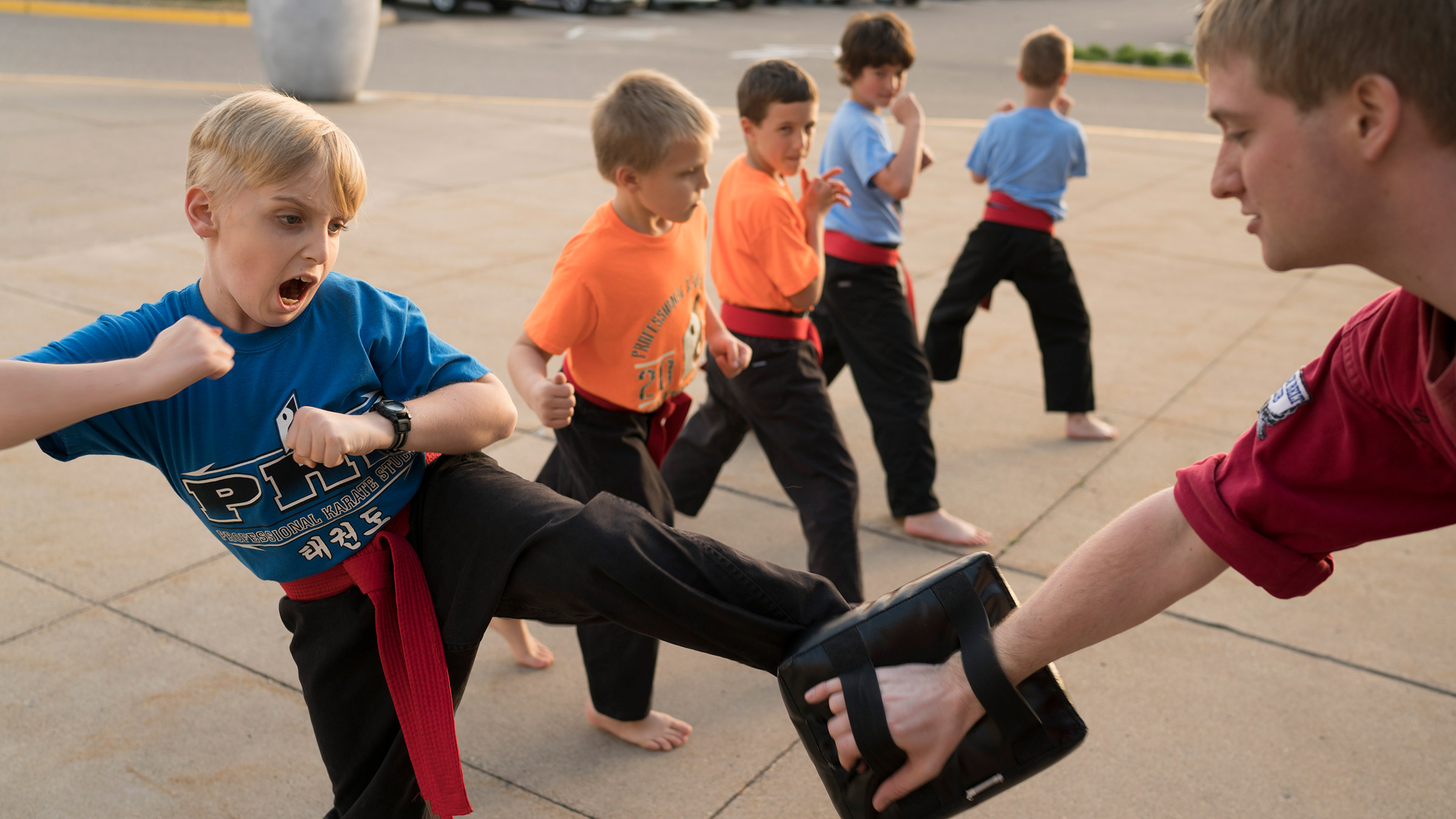 Eleven-year-old Gavin Pierson of Ramsey, MN, has been fighting “Joe Bully” since he was 5.

That’s what he has named his rare brain tumor, a growing mature teratoma, because of the way it breaks the rules and has threatened his life.

Gavin’s zero-tolerance policy for Joe Bully has helped his whole family heal during a long and closely followed health journey; his CaringBridge website has been visited nearly 550,000 times since its launch in 2012.

“Joe Bully is really, really mean,” Gavin said. “And he messed with the wrong boy.”

Gavin is well-equipped, in words and deeds, to defend himself:

With a recent series of stable MRI scans, Gavin, thankfully, has not had to direct his best karate move—a jump spin-around kick—at Joe Bully.

But his physical healing, from multiple brain surgeries, chemotherapy, steroids and clinical-trial drug treatments, and a series of laser ablations, will continue for some time.

“For years, we’ve been cleaning up the destruction Joe Bully has made,” Gavin’s mom, Nicole, wrote on his CaringBridge website. “Even with stable tumor, there is more cleaning up to do.

“We will tackle these things one at a time, and look onward, with hope, for a brighter future.”

Gavin is of a similar mindset. “I just keep thinking, ‘Gavin, you can do this,” he said. “Never give up.’”

Nicole has written about Gavin’s ground-breaking medical journey in a book titled, “Be Strong and Brave.” He was the first child in the United States to receive the drug Palbociclib (Ibrance), which halted the growth of his tumor. 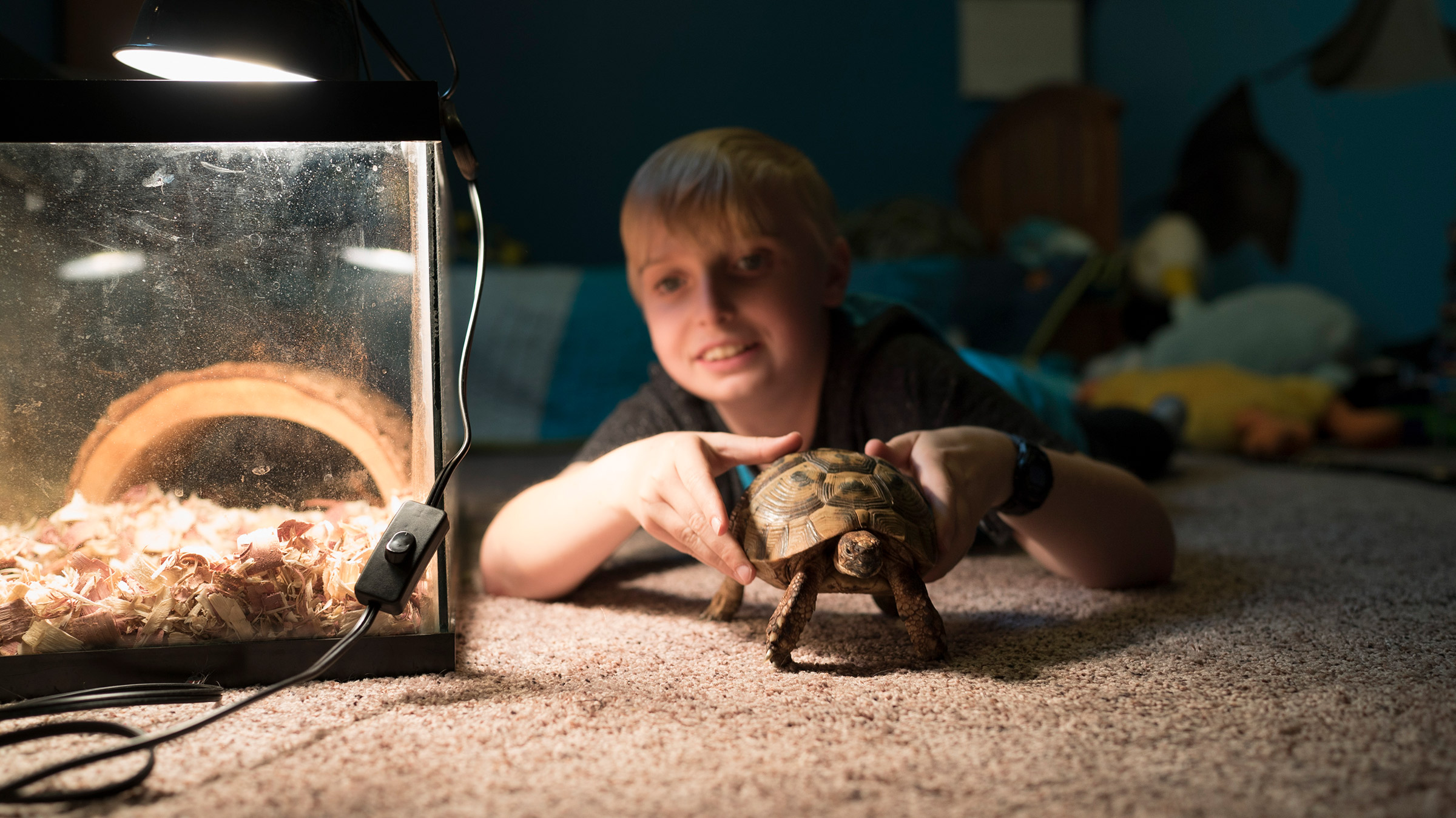 Gavin with his tortoise.

She said she believes her son is here today because he has taken healing to another level. “Gavin took every bad situation that he was put in and he made it better,” she said. “He has showed us, his parents, how to live each day.”

Maybe it’s no coincidence that Gavin, described by his mom as an old soul, is the primary caregiver for the family’s two tortoises, King and Queen.

Nicole said, “When he said he wanted tortoises, I remember thinking, ‘That is the last thing we need right now.’ But we went out and got them. He really connects with them.”

Gavin already imagines a distant future for King and Queen, and himself. He said, “Because tortoises live up to 100 years or more, when I am a grownup, I could give my tortoises to my kids.”

Not sure how to support a friend or loved one during a health challenge?

Some days I don’t think I can help myself, never mind others. But it’s just something you have got to do. I just keep putting one foot in front of the other.

For so many months, he was so sick, and unable to even move his arms and legs. He used to get mad watching his sister play because it was like, ‘Why can’t I do that?’ And now …