Meghan hasn't added requests yet
Leave a Well Wish to encourage them to add to their planner or ask how you can help.

Well giving up cancer for lent didn’t work lol instead I received and UTI and a hospital visit. This past well I had been experiencing some bad leg pain but just assumed it was from the tumor and swelling in my leg. Not the case 👎🏽 Awoke Thursday morning to a small fever of 100.1 nothing big but we watched it. One hour later we were making a dash for the car as it spikes to 101.4. Being that we are in a pandemic crisis I feared the worst and so frantically called my mother and told her not to worry I had a fever but I was okay to which she immediately started crying as did I. So there we sat, two crying ladies via Zoom. After a very tearful goodbye and I love you I complied to packing and off to Duke we went.

Normally you drop off a patient and are allowed to come back after you park. Not the case anymore. We were met at the car window by a nurse in full gear asking what brought us in and was told joe has to drop me off and then leave to wait to see if he could stay. Once in triage I was alarmed to see my fever had risen to 102.4 and next thing you know I’m being poked with needles swabbed in the nose throat all while trying to not hyperventilate in a mask. Then the worst part came.. just as they were about to insert a second IV I was told I had a visitor and he was not allowed to stay and I just lost it. All I could do was give him a message via nurse so I said tell him I’ll see him soon and off she went. After some big crocodile tears I was wheeled into a room where I would spend the next 11 hours waiting. Fast forward got a CT, chest X-ray and another nose swab for COVID 19 and after being very patient the news was finally delivered. Infection with a right kidney that is not functioning properly and causing massive urine back up. Immediately the big words started being thrown at me and I tried to listen because then I heard “surgery”. Thankfully emergency surgery was not needed and I did not have to make the choice in which procedure was needed. The urologist was able to rule out and move forward with the best option which is a percutaneous nephrostomy which means one side drains into a catheter tube and I also urinate normally. Thankfully I’ll only have to have this bag 3-4 weeks and then buh bye! I underwent the small procedure around 7:30 this morning and am resting comfortably with some apple juice and toast. Which doesn’t seem like much but when you’ve only have half a ham sandwich since 1pm yesterday it’s a feast! Should be going home in 1-2 days so prayers for a speedy recovery and quick discharge. 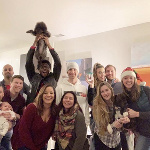 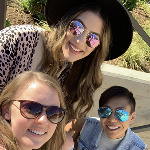