Lisa hasn't added requests yet
Leave a Well Wish to encourage them to add to their planner or ask how you can help.

Looks like it has been about 4 weeks since my last update.  I saw Dr Chetta again on June 27th where he pulled another 24cc of fluid out of my breast wound and pushed some betadine back in there to try to cauterize whatever was causing the "leak".  He gave me my release to go back to work on July 8th (which was this Monday) and gave us the okay to head to the beach for the fourth of July and he referred me back over to physical therapy.  My return to work release required a promise by me that I would not skip any of my appointments if I went back.  Deal.  So.....I went back to work on Monday which was wonderful and it's quarter end so there is lots to do and it's good to feel useful again.  Then today was my weekly followup with Dr Chetta and my first return to physical therapy since early May when "the hole" developed.  Dr Chetta pulled ANOTHER 22cc of fluid out of the breast wound and shot some more betadine in there.  We were optimistic since that was two weeks of buildup and the same as what was accumulating in just one week before that maybe with this extraction we would be ahead of it and my body would start absorbing it.  Then I went of to PT.

Cari did a quick assessment and as I already knew I have lost ROM in my left arm both to the front and to the side and there is scar tissue building up from my radiation across my chest below my collarbone.  I didn't know what that was but my chest area on the left side was very hard and apparently that is why.  My lymphatic cords have worsened under my arm pit but thankfully are not really running down my arm at this point.  And due to lack of use my shoulder is starting to develop capsulitis (frozen shoulder).  But other than that, I am looking GREAT!  So she did some tugging on my arm to break up the shoulder some, and then she massaged those cords (ouch) and then she started to just apply some pressure to the area above and below my missing breast.  She thought this might hurt but to be honest it really felt good.  And I responded almost immediately.  You could feel a softening under the skin that had previously been hard.  That's the good news.  The bad news is that my chest scar opened up and fluid starting coming out.  Poor Cari was kind of freaked out because this had never happened to her before so she went across the hall and got Dr Chetta's PA to take a look.  The PA came almost immediately and said "this is actually a good thing because now we can drain that fluid out as it develops and heal this from the inside out like it should have done on it's own."  Even though they had taken fluid out earlier and put that betadine in there (which is brown), that is NOT what was coming out here so we think this little unhealed cavity might be the source for all the trouble.  Then they showed me how to "pack" this cavity and told me to do that once or twice a day.  I almost puked when they did it so they asked if I thought Bill or the girls could do it.  I thought Bill could.  They said if he couldn't they would have a nurse case manager call and we would arrange for a home health nurse.  I talked to Bill on the way home and he thinks he can handle it so we will try that tomorrow when it's time.  He is amazing.  Sooooo, we do this for a week and I see Dr. Chetta again next Thursday.   #arewehavingfunyet  #notyouraveragepatient #backtowork #Godsgotus  #savedbygrace #survivor 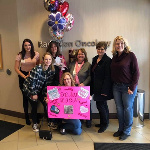 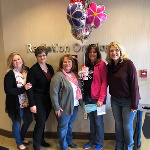 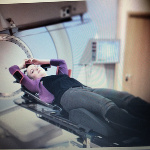 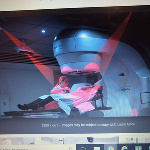 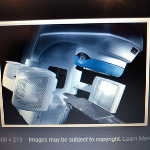 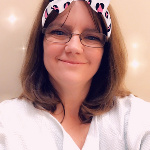