Kurt hasn't added requests yet
Leave a Well Wish to encourage them to add to their planner or ask how you can help.

Kurt had his 7th treatment yesterday. Seven down, five to go, over halfway there. He was able to move his treatment this week to Monday. He had been receiving the previous treatments on Tuesdays, but asked to move them to Monday's and the doctor's office was able to accommodate his request. He is hoping that by moving his treatment up a day he won't be spending as much of his weekends wiped out. Everything is going as well as can be hoped for as far as they can tell. He was actually able to get out and play a few holes of golf last week during his off week (no treatment), though he was getting too tired by the end of the nine holes. He'd probably still beat most of us even while fighting cancer and undergoing chemotherapy.
There hasn't been a whole lot new to report over the last week. He has a CT scan next week just to make sure nothing unexpected is being aggravated. The cancer he has doesn't show up on CT scans so unfortunately it won't provide any insight as far as that goes. He sounded good when I spoke to him Sunday.  Send him your best and let him know you're thinking of him. He still has a long ways to go and the treatments don't get any easier. But, there's a lot to be encouraged by and every treatment is one step closer to our buddy beating this thing. 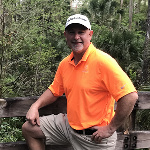 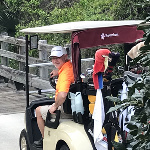 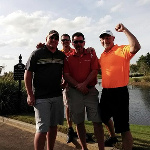 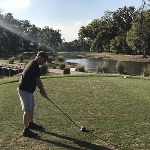 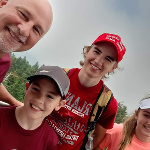 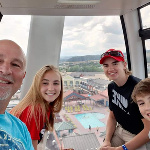