Bo hasn't added requests yet
Leave a Well Wish to encourage them to add to their planner or ask how you can help.

Well everyone it’s been two years pretty much exactly to the min (not that we actually know the min) since the accident as I’m writing this to y’all. So much has happened in two years and since I’ve posted on here where to begin. I spent one whole year at the brook army medical center burn rehab center doing occupational and physical therapy 5 days a week for about 2-3 hours a day. I also had 4 more surgeries since being back home here in Texas. Three were orthopedic to fix some Boney fragments and a tendon transfer to get my thumb to work again. It’s still pretty wonky but it’s better than it was. The other was a skin surgery to release a scar band In my armpit/pec area and advance some loose skin on my elbow. I’m back to work just building America one road at a time as I like to say hahaha. This past year two of the best things that has ever happened in my life happened. I got to marry my best friend October 26th 2019! (The picture of me and Hillary is from our honeymoon road trip across the Southwest at horseshoe bend). Also three and a half weeks ago we had our baby boy Haiden Boone Johnson!!!! It was the most incredible feeling when he came into this world!  Neither of those last two thing would be possible with out the love, support, and prayers from all of you. Also to the first responders, emts, flight nurses, nurses and doctors the worked so hard to keep me alive in the first few hours/days/weeks thank you from the whole of my family and I’s hearts.
With much love and happiness
Bo 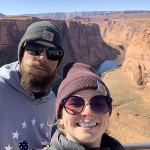 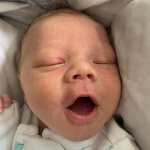 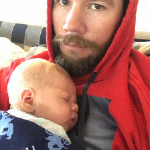 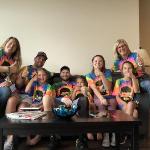 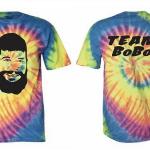 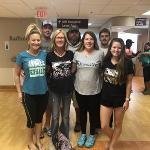