Allison hasn't added requests yet
Leave a Well Wish to encourage them to add to their planner or ask how you can help. 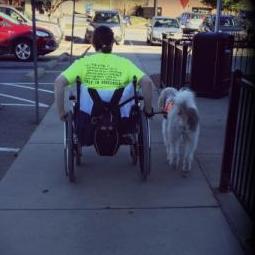 I got in with my chiropractor yesterday evening for an evaluation of my injuries from the car accident. He was very concerned about my neck especially and wanted to make sure when I went to the ER that they had done testing to check it out. He said my neck is very swollen and has muscle guarded which means the body is not allowing it to move....not only can I not hardly move it at all, but he can’t passively move it either. He said it’s doing what the body commonly does when you’ve broken your neck. But the CT was negative in the ER and his X-rays confirmed there is no fracture but boy, is my neck MAD! The X-rays of my neck and mid back both showed pretty severe injury consistent with whiplash and being flung around. I’m very grateful that I was wearing my seatbelt or it could’ve been much worse especially with what force we were hit. I admit I’m not a faithful seatbelt wearer, but I do believe I’m going to become one!! It’s crazy how a wreck can traumatize you... when we were traveling yesterday it was all I could do not to scream every time we encountered an on ramp or any kind of traffic where two roads come together in the same motion that we were struck. It just scares me now — I guess my brain just automatically brings back what happened in the wreck. It is easy to see all of the negatives and be upset that all of this happened because someone wasn’t paying attention and ran a stop sign, but I’ve been reminded of the Lord’s protection and grace recently. With the speed and force she hit us with, if we had been in the smaller car we had been using instead of our huge new van the outcome could be much different! The car would’ve been totaled, the impact most likely would’ve knocked us into the next lane with oncoming traffic which would mean we would be hit again, and injuries could be a LOT worse! If I’m not careful I just feel the horrid pain I’m in, see the things I can’t accomplish right now, and focus on how it could’ve been prevented.....but, I want to take some time and see how our gracious Lord protected us and he gives strength to get through each moment of the day. I don’t know why all of this happened, but I do know I have an all-powerful God Who holds me in His hands and only allows what is good for me even when it doesn’t seem like it.

I was asked in a comment on my last post if Ezra was with me and was he ok. Yes, he was with me, but he is fine! He was buckled in and uninjured. He was shook up a little because of all the commotion (and I was hurt so that didn’t help matters), but calmed down pretty quickly. I am so very thankful that he wasn’t harmed!

Another blessing... I have another appointment with my dentist on Monday at 9:00am! Grateful they could get me in soon since I couldn’t quite get to my last appointment seeing as how I was in the ER! ;)

“The Lord is good, a strong hold in the day of trouble; and he knoweth them that trust in him.” {Nehum 1:7} 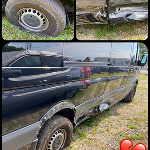 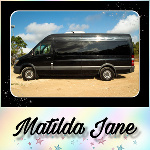 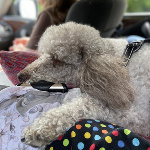 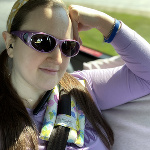 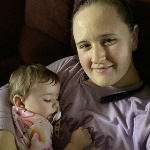 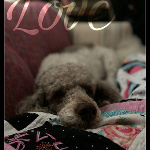