I’ve learned that nature has the power to heal anyone and that at some level we all need healing.

When I returned from Iraq seven years ago, I felt isolated, thinking that few others, if anyone, other than those I served with, would understand what I had been through or how I was feeling. This isolation later manifested itself in anger, addiction and alcoholism and a split life of putting on the best public face I could, while struggling privately.

I knew that I needed to make a change but it was a scary time and I needed to gather up the courage to try something new.

Finding a Community in the Outdoors

I decided to get involved in the outdoors hoping to find a place of calm and serenity when I needed it most. Climbing up rocks, winding through the desert and tundra, and rafting down rivers required stamina and strength in the face of blazing desert heat and biting, below-zero windchill.

I found support and encouragement in the community of people I went on expeditions with. These expeditions introduced me to many people who had beaten the odds including: cancer fighters and survivors, people who had fought through and survived abuse and other war veterans.

During my time exploring the outdoors with these incredible people, I’ve learned that nature has the power to heal anyone and that at some level we all need healing.

I co-founded Veterans Expeditions so I could share this healing power of nature with other veterans.

The Healing Power of Nature

There’s a mystery out there in nature that restores us all. It’s hard at times to put your fingers on it and I don’t think we have to explain everything in our lives, sometimes it’s just good to know something that is, well, good. However, it isn’t just those of us who wander in the woods who are speaking about why time in trees matters. A growing body of research and science is pointing toward the ways, whys, and how nature works on our body and minds.

But don’t take my word for it and don’t feel like you have to climb a mountain or stare down a bear—in fact, never stare down a bear. Just open your front door and take a walk to a park or take some time staring at the first tree you see. Life, despite all the challenges, can still be a beautiful thing.

Stacy Bare, 2014 National Geographic Adventurer of the Year and an Ambassador for The North Face, is also the Director of Sierra Club Outdoors, which oversees volunteer programming that connects 250,000 people a year outdoors. He is a graduate of the University of Mississippi and served in Bosnia in 2003-04 and in Iraq from 2006-07.

Has nature offered you hope and encouragement?

Share your story of how the healing power of nature has impacted you in the comments below. 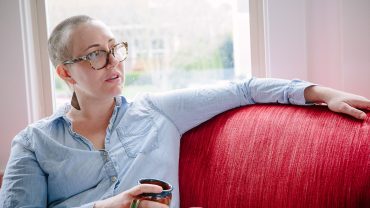 8 Things to Know at the Time of Diagnosis 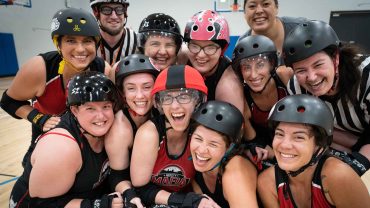 How to Find and Join a Cancer Support Group 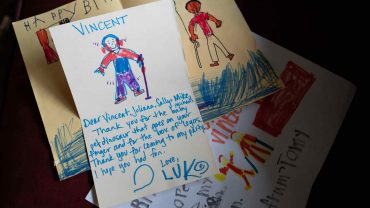 15 ‘Get Well Soon’ Gift Ideas to Show You Care