“It’s the very real presence of people expressing their compassion of encouraging me in each moment.” – Jeffery Ford

Jeffery Ford and his wife Lynette Marshall have “gotten off the ash heap” many times because of the intervention of the simplest things. Over the last year and a half, Jeffery has been battling back from an infection that sent him into battle against sepsis and Toxic Shock Syndrome. The infection led to the amputation of both of his legs, the outer 2/3 of all of his fingers and severe kidney damage.

His recovery is ongoing, but his attitude of gratitude has been unshakeable. Here, he and his wife talk about how they cultivated thankfulness, even in the depths of tough news and the hard work of recovery.

A Philosophy of Looking Ahead

Early on, Ford says, he realized looking back was a “dead end.” “You’ve lost so much. But if you’re looking forward, you still have a lot to gain.”

Lynette agrees, adding, “He made a deliberate choice to look ahead, and he had the emotional resources and support to do so.”

Jeffery and Lynette both agreed that the best support didn’t necessarily come in grand gestures. Instead, the small things from family, friends and near strangers made the biggest difference.

They came from a near stranger, an English professor, who heard of Ford’s love of poetry and offered to come and read hand-selected poems to Jeffery in his home. Support came from people who brought plates, napkins and plasticware. A woman who committed to sending one Hallmark card a week. Another friend who sent Facebook messages to Lynette, helping her focus on taking care of herself during a time where she was heavily relied upon as a caregiver. Gift cards to a local coffee shop.

Indeed, it was the home-cooked dinners, a jar full of M&Ms, a “thinking of you” email with a note that a response was not expected or needed. Gestures of silliness and “real-life” distractions, such as chatting about a friend’s architecture project.

“All of these things were so touching,” Ford says. And while they alone didn’t solve anything, the support itself was so powerful. And it continues.

Ford, trained as a minister in the Unitarian Universalist Society, says his faith was a part of his recovery, but maybe not in the way most might expect. Marshall noted on his CaringBridge website that those who showed up to support them were the “hands and feet of God” and that they were “all around us.”

“It’s the very real presence of people expressing their compassion of encouraging me in each moment,” he adds.

How have you expressed an attitude of gratitude during a difficult time?

Are you or a loved one facing a health journey? Start a CaringBridge website today to connect and feel the encouragement of family and friends. 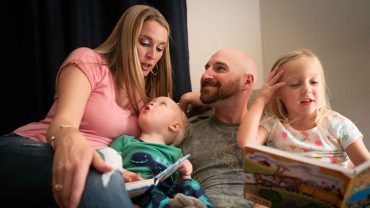 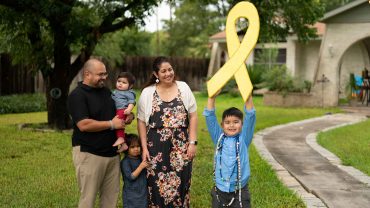 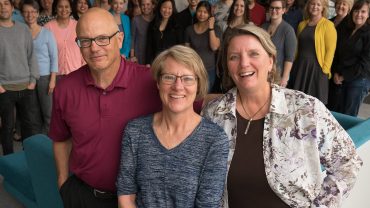 Parents of Baby Brighid: CaringBridge is Our Daughter’s Legacy