Rob Henslin and his wife, Michele, were newlyweds in 1989, when Rob received a diagnosis of acute lymphoblastic leukemia. He was 26 at the time, and doctors at the renowned City of Hope National Medical Center, based in California, described Rob’s prognosis as “poor.”

But after nearly 18 months of chemo, radiation and other harrowing procedures, Rob’s leukemia went into remission. He and Michele went on to build happy, joyful lives over the next 20 years. And then the cancer came back.

A bone marrow transplant was Rob’s best chance for survival; that happened on Feb. 10, 2009. Over the next 2 1/2 years, as he endured complications and setbacks, Rob said the love and support of his community helped keep him going.

As his health stabilized, Rob was able to reflect on what he and Michele had been through. In his first memoir, “But I Was in Such a Good Mood This Morning,” published in 2011, Rob wrote about the support he felt through CaringBridge: “Reading those messages helped me keep my head in the game. I didn’t want to give up my fight and let those folks down.”

He published a second memoir in 2014, “When You See the Cows, Make a Left: Finding Greener Pastures on the Other Side of Tragedy.” And in 2020, he wrote and illustrated “Neutrophil’s Guide to Stem Cell Transplants for Kids,” a guide for patients and family caregivers facing what Rob and Michele had been through, too.

Buy But I Was in Such a Good Mood This Morning: Facing Cancer and Other Harsh Realities in My Life on Amazon.

Robert Henslin spent the better part of his professional career working in the graphic arts, publishing and marketing communications fields. His work has garnered numerous industry awards, including Silver Six Awards of Excellence from the International Association of Business Communicators, a Citation of Excellence from the American Advertising Federation, and Joey awards from the San Jose Film and Video Commission. He still has a passion for his craft, but after his cancer odyssey, finds himself drawn to pay it forward—to do everything he can to help other cancer patients and those in need of a bone marrow transplant. Rob volunteers his time to assist the Be The Match National Marrow Registry registering potential donors at drive events and speaking on behalf of the organization as well. 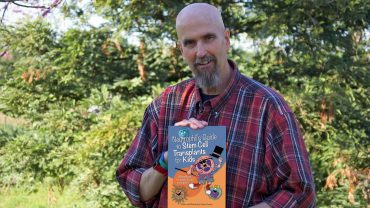 Neutrophil’s Guide to Stem Cell Transplants for Kids: A Handbook for Patients and Caregivers 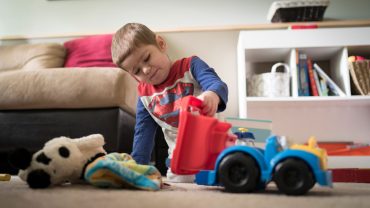