Three years after a shower emboli stroke left her in a non-responsive state for 10 days, followed by two months at three different hospitals, Christine Richards’ health journey continues. She speaks with what she calls a “stroke accent,” and her grammar and penmanship fall short of her standards as a longtime—and beloved—first-grade teacher. But she says, “My life is not over.”

Christine, of Laramie, Wyo., credits her life to the classroom aide and school nurse who called 911 when they noticed her words had stopped making sense.

They acted F.A.S.T., precisely as recommended by the American Stroke Association.

Quick response by paramedics enabled speedy treatment, including clot-busting medications to limit stroke severity. Eventually, it was a physical therapist who helped point Christine toward home: “She got me up to walk, and the exercise was good for my brain.”

A Family of Caregivers

As Christine continues reaching milestones—writing the letter “C,” then her full name, staying home alone for short periods, driving, shopping, lunch dates, back to the classroom—she draws strength and support from family and so many friends. Her husband, Loren, said, “The whole family has taken on the role as advocate for Christine, and that makes a difference in recovery.”

Christine advocates for herself, too.

“My old life had died, and I had to go through the grieving process,” she said. “It was hard for me to see my family go through it.” But they did, and they came out stronger. Her son, Dustin, said, “Lots of things changed, but our family dynamic did not.”

Dusty said at one point, he could identify with the role of family caregiver. “Mom was our caregiver for 30 years, so of course I could do this,” he said. “Mostly, we tried to not let her get ahead of herself.”

Christine’s daughter, Brittany, who lives in Denver, two hours away from her parents and brother in Laramie, said her caregiving specialty was—and is—emotional support. “I am the only daughter!” she said.

As the Richards family continues defining its new “normal,” Christine remains motivated by messages of hope and healing on the CaringBridge website set up by her daughter, Brittany, in the early days after the stroke.

“The comments make me strong,” Christine said. “I still need the strength and motivation. It is like hugs through the internet.”

It was in the blur of days immediately following the stroke that Christine’s family benefited from “hugs through the internet.” Updating her CaringBridge Journal became their nightly ritual. Husband, Loren, said, “Instead of having to respond to all the calls, we could cohesively put something together. It helped us decompress … it was a summary tool.”

Christine’s wish is to return to the classroom soon, albeit with fewer responsibilities than she previously managed. “My passion is teaching, and that is one thing I can’t achieve,” she said. “Not like I want to.” An effect of the stroke has been aphasia, an intermittent loss of ability for Christine to find words. But she vows to keep going, just one foot in front of another.

And in honor of American Stroke Month, celebrated during May, she offers a message to other stroke patients and their families: “Never, ever give up.”

May is American Stroke Month

In the United States, someone suffers a stroke every 40 seconds. American Stroke Month, annually observed during the month of May, underscores the serious nature and high rates of stroke, raises awareness of the prevention and treatment of stroke, and highlights the importance of better care and support for survivors.

Since 1997, CaringBridge has helped hundreds of thousands of patients and families give and receive support during all types of health crises, including stroke. Now, CaringBridge is partnering with the American Stroke Association, whose mission is to teach the globe that stroke is treatable and support from family and friends is vital to recovery. 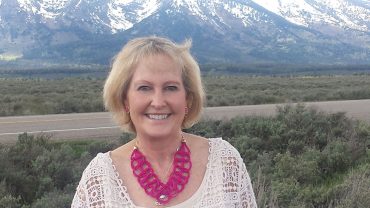 Finding the Words After a Near-Deadly Stroke 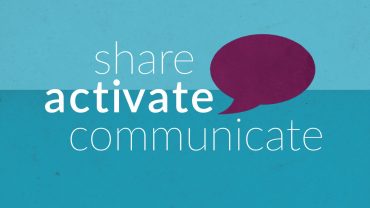 Life After Stroke: 3 Ways to Keep Aphasia From Getting in the Way of Good Conversation 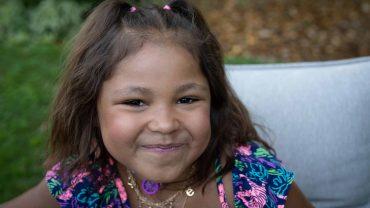