Bernie Goldblatt’s greatest fears include feeling closed-in—he’s claustrophobic—and being unable to breathe. The 6-foot-4 husband, dad and grandfather, a man of large presence and voice, had to face both fears, and so much more, over four months in 2020 when COVID-19 nearly claimed his lungs, kidneys and his life.

It was April 1 when the newly retired executive director of Adath Jeshurun Synagogue in Minnetonka, MN, went to urgent care with a fever and a cough. Bernie was quickly transported to the hospital by ambulance, where he went from texting and talking on the phone with Leslie, his wife of 45 years, to intubation, an induced coma and being placed on a ventilator.

When he woke up three weeks later, Bernie was too weak to lift a finger, and he couldn’t speak after being intubated for so long. “The medical staff piled pillows high on either side of me and put about three blankets over me,” he said. “I’m claustrophobic and felt like I was buried alive. To this day, I don’t understand how I didn’t lose my mind.”

Bernie’s mind also survived non-stop nightmares, hallucinations and ICU delirium, in which monsters hijacked his dreams and he imagined the deaths of everyone he knew and loved. Such terrors are common among COVID patients on ventilators, according to the CDC, but the virus makes it worse because family members aren’t on hand to provide a calming presence.

Leslie would have given anything to hold her husband’s hand and help chase away the demons, but it was impossible—and not just because of hospital-visitor restrictions. Leslie had COVID, too.

Her symptoms were milder than Bernie’s, but she had a fever, muscle aches and chills, and she lost her sense of taste and smell. She was able to recuperate at home with the family dog and cat, and she had support at a distance from her three daughters, her mom and close friends. But, because of the uncertainty of Bernie’s survival, there was more worry than rest.

On three occasions, doctors asked Leslie to consider “what Bernie might want to do,” which she knew meant, “should he stay on life support?” Each time, her response was, “Yes. He’s going to live.”

Bernie’s vital signs didn’t always reflect Leslie’s optimism and, from her medical training as a veterinarian, she knew he was in crisis. So with no other way to help, Leslie began directing energy toward Bernie’s healing. “Maybe it was just me wanting to believe,” she said, “but I do feel like Bernie received that energy.”

Leslie also was focused on staying in contact with Bernie’s medical team, talking to doctors who sometimes needed her input on decisions, and putting on as brave a face as possible for her daughters and Bernie’s siblings, who were reeling.

That left no energy for responding to phone calls, emails and texts from those hoping for any good news about Bernie. Realizing how much Leslie was managing, the rabbi at Adath, who had worked with Bernie for 20 years, pointed Leslie toward CaringBridge.

“With me also sick at the beginning, I just couldn’t keep everyone updated,” Leslie said. “It was the suggestion of our rabbi, Harold Kravitz, to create a CaringBridge site for Bernie—really for me—and to have someone else do the writing.”

In stepped Ellen Sue Parker, a dear family friend for as long as anyone remembers. She and another friend, Chris Bez, set up the site when Bernie was moved to the ICU, and Ellen Sue began creating updates based on news shared by Leslie. From there, Bernie’s CaringBridge Journal took on a life of its own.

“It was astonishing to me, the breadth of people who took the time to leave a comment or a well-wish,” Leslie said. “People from our childhoods, friends of our children, Bernie’s siblings, co-workers and names we didn’t even know, of people from all over the world. In this time of COVID, where I could have felt so isolated, I did not feel alone.”

Over his weeks in the ICU, nurses would put Bernie’s iPhone to his ear as Leslie sang a lullaby from his childhood. But as Bernie regained consciousness and the ability to breathe on his own, Leslie would read to him from his CaringBridge Journal.

By the time Bernie was released to go home with a wheelchair and walker—four months later, 50 pounds lighter and with a much softer voice still healing from intubation—his CaringBridge site had been visited more than 80,000 times.

As Bernie works to recover the many things that COVID tried to take away, including his breath, strength and voice, Ellen Sue still posts updates. She often writes about Bernie’s progress, and hope, ahead of Shabbat, a weekly celebration of family and gratitude that now has even deeper meaning for Bernie.

“The prayers, the wishes for healing, the positive energy, the kindness of all these people who posted to me on CaringBridge … it affected my survival and my recovery,” Bernie said. “I am infused with an unbelievable sense of gratitude: for being alive, for excellent medical care and for the support of family and friends.”

You can stay connected to friends and family, plan and coordinate meals, and experience love from any distance.

All of this is ready for you when you start your personal CaringBridge site, which is completely free of charge, ad-free, private and secure. Don’t spend another minute alone! 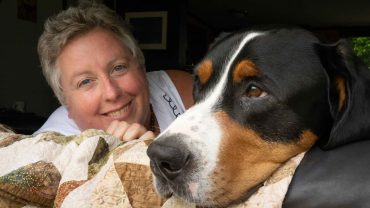 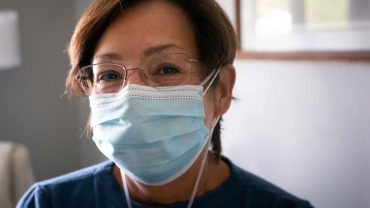 Long-Haul Effects of COVID Will Not Take Her Breath Away 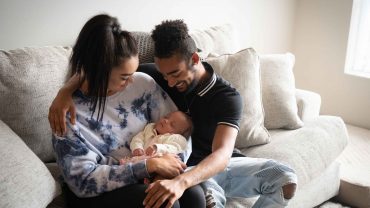 Through Pandemic, Civil Unrest Baby Brings ‘A Ray of Sunshine’