Diagnosed before his sixth birthday, in 2012, with a rare brain tumor (growing mature teratoma), Gavin Pierson told his parents, “I’m going to make it, you just have to believe.”

Over the course of multiple craniotomies, chemotherapy, steroid and clinical-trial drug treatments and a series of laser ablations, Gavin named his tumor “Joe Bully,” because it continued to break the rules and threaten his life.

In “Be Strong and Brave,” Gavin’s Mom, Nicole, writes about her family’s faith and her son’s amazing perspective.

By spring 2017, Gavin had earned a red belt in karate and was thinking about middle school. Take that, Joe Bully! 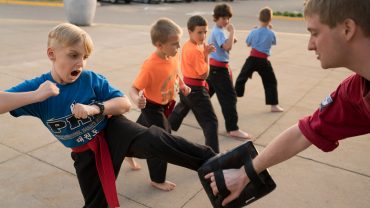 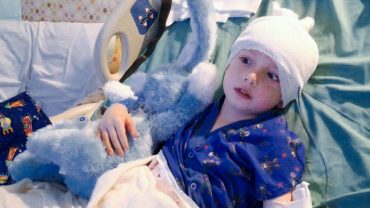 Strong and Brave: One Child’s Fight with Cancer

Gavin: If You Believe It, You Can Do It